The German Shepherd dog is a medium-sized, powerful, athletic hunting dog. It was initially bred to be a working dog to assist in herding and guarding livestock and property, which is why the German Shepherd is often called a “farm dog.” They are also known as Alsatian dogs.

German Shepherds are a giant, loyal breed of dogs who make kind and patient guardians. They are naturally watchful and alert and require a lot of exercises. They are also devoted and lovable and usually, get along well with other dogs and animals.

German Shepherd dogs are one of the world’s strongest and most dangerous dog breeds. They are very protective of their people and their territory and would like to protect them at all costs. They are likely to attack strangers if they feel any harm to their people. German Shepherd puppies require proper training and guidance to socialize with strangers and other pets.

German shepherd dogs are used as guide dogs, police dogs, and assistance dogs for people with disabilities. Initially bred to be herding dogs, they are now trained as assistance dogs. They detect various medical conditions, such as PTSD (post-traumatic stress disorder), or other mental health conditions, such as anxiety and depression. As well as being trained to be herding dogs, German Shepherd dogs are also known to be excellent with children if trained properly.

Probably the most stereotypical German Shepherd Dog personality is that of the noble, obedient, and good-natured shepherd. German Shepherds are dignified, aloof, and confident. They are loyal to their owners and live up to their owners’ expectations of what a good dog should be. German Shepherd puppies are a calm and steady breed with an easy-to-train temperament, making them a good choice for an obedient companion.

German shepherd dogs are usually medium to large-sized dogs with long, thick, and curly coats. The long, dense undercoat covers the dog’s bodies well and protects them from the outer elements. They shed a lot, and it is advised to take special care of their hair. Brushing the coat twice a week is suggested to keep their skin healthy.

In 1899, the German Shepherd was created by a career captain in German cavalry named Captain Max von Stephanitz. He wanted to make a herding dog that would be unmatched.

Centuries ago, farmers in Germany and throughout Europe used dogs to protect and drive their herds. Some dogs were so good at their job that the sheepherders would travel great distances to breed their female dogs with a remarkable sire. But von Stephanitz noted that these herding dogs were never developed into a recognizable breed.

Von Stephanitz retired from the military in 1898 and devoted his time to experimenting and creating a distinctive German herding dog. Stephanitz studied the British breeding techniques because they were known for their exceptional herding dogs. He traveled extensively throughout Germany and attended various dog shows to observe and learn German-type herding dogs.

One day in 1899, while visiting a dog show, von Stephanitz noticed a wolfish-looking dog. He bought and named the dog Hektor Linksrhein. Intrigued by the animal’s intelligence and physique, he renamed the dog Horand v Grafeth and formed a society called the Verein fur Deutsche Schaferhundeto developing a breed from Horand’s descendants.

Stephanitz wanted this breed to work as herding dogs; as industrialization took hold in Germany and elsewhere, he realized that this breed was not required anymore. He decided that these dogs’ future lay in police work and military service.

Stephanitz used his connections in the military to convince the German government to use German Shepherds in military service. German shepherds were used as guards, messengers, supply carriers, and attack dogs during World War I.

When the breed first arrived in England, it was renamed the Alsatian Wolf Dog, but in 1931, the American Kennel Club returned to using the breed’s original name. It wasn’t until 1977 that the British Kennel Club followed suit.

Von Stephanitz closely monitored the breeding of German Shepherds, and by 1922, he became concerned about some traits in the dogs, such as laziness, aggressiveness, and tooth decay. He developed a strict quality control system to ensure that only healthy dogs would be bred. Only dogs who passed numerous tests of their temperament, athleticism, intelligence, and good health could be born.

The breeding of German Shepherds in the United States was less regulated than it was in Germany. Breeders paid more attention to how a dog looked and moved because they were breeding the dogs only for dog shows.

Over the past few decades, a few American breeders have started to focus more on the ability rather than the looks of the German Shepherd. Working dogs from Germany were imported for their breeding program.

German Shepherd dogs can have allergies to dust, pollen, foods, or chemicals. The most common allergies are to foods such as wheat, shellfish, milk, eggs, soybeans, nutmeg, and yeast. Other common allergens include house dust, pet dander, bird feathers, and dust mites.

Elbow dysplasia is a common joint disorder in German Shepherd dogs, which can cause pain and lameness in the affected joint. It happens when the cartilage in the joint begins to break down, exposing the bone. This causes the joints to become painful and swollen, making it difficult for your dog to use the common.

For the most part, exocrine pancreatic insufficiency is caused by a deficiency of digestive enzymes, which are necessary to break down food and aid in the absorption of nutrients such as vitamins and minerals. Dogs with exocrine pancreatic insufficiency have uncoordinated bowels and urinary tract infections, usually in the form of urinary tract infections or respiratory infections, which affect their health and quality of life. These dogs may have a normal appetite, but they cannot properly digest their food and may develop diarrhea.

The gastric dilatation-volvulus (GDV) is a rare condition of a stomach that twists and turns on itself. It is also known as significant colon obstruction or large bowel obstruction. The abdomen becomes twisted on itself, causing abdominal pain and distortion of the lines of the intestine. It can also cause changes in bowel habits.

Hip dysplasia is a condition in which a hip or a hip joint has become dislocated, or the hip is malformed. This condition can develop in any dog breed, but it is most commonly seen in German Shepherd dogs. Hip dysplasia in Alsatian dogs is a serious condition that may lead to pain and severe limp due to hip dislocation or malformation.

A healthy and well-trained dog needs to be mentally and physically well-rounded regarding socialization, nutrition, exercise, and training.

German Shepherd dogs are known for their strength and stamina, which means they need a lot of intense exercises to keep them physically and mentally stimulated. Their endurance and strength make them an excellent choice for police dogs, military working dogs, and search and rescue dogs.

The quality of the diet also impacts the health of your German Shepherd dog, and if the diet is not adequate, it can become obese. Their diet should consist of a high-quality raw meat diet. Their diet should be very high in protein and low in carbohydrates and fats. It contains high amounts of meat, bones, and organs.

German Shepherd dogs need to have their coats professionally groomed and typically require around three to five shampoos per month, especially German Shepherds active in fieldwork. The primary purpose of this type of grooming is to make sure that the coat is clean, healthy, and glossy.

German Shepherds shed a lot, so it is very important to brush their coats once a day to remove the tangled or dead hair from their bodies.

German Shepherd dog price in India is about INR 20,000 to INR 40,000. Cost may depend on the size, weight, health of the dog, and also the breeder you will purchase from. It is always suggested to buy a German Shepherd puppy from a professional and certified breeder.

Is a German Shepherd a good house pet?

German Shepherd dogs are one of the world’s strongest and most dangerous dog breeds. They are very protective of their people and their territory and would like to protect them at all costs. They are likely to attack strangers if they feel any harm to their people. German Shepherd puppies require proper training and guidance to socialize with strangers and other pets. 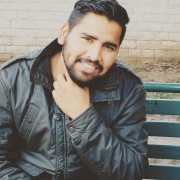